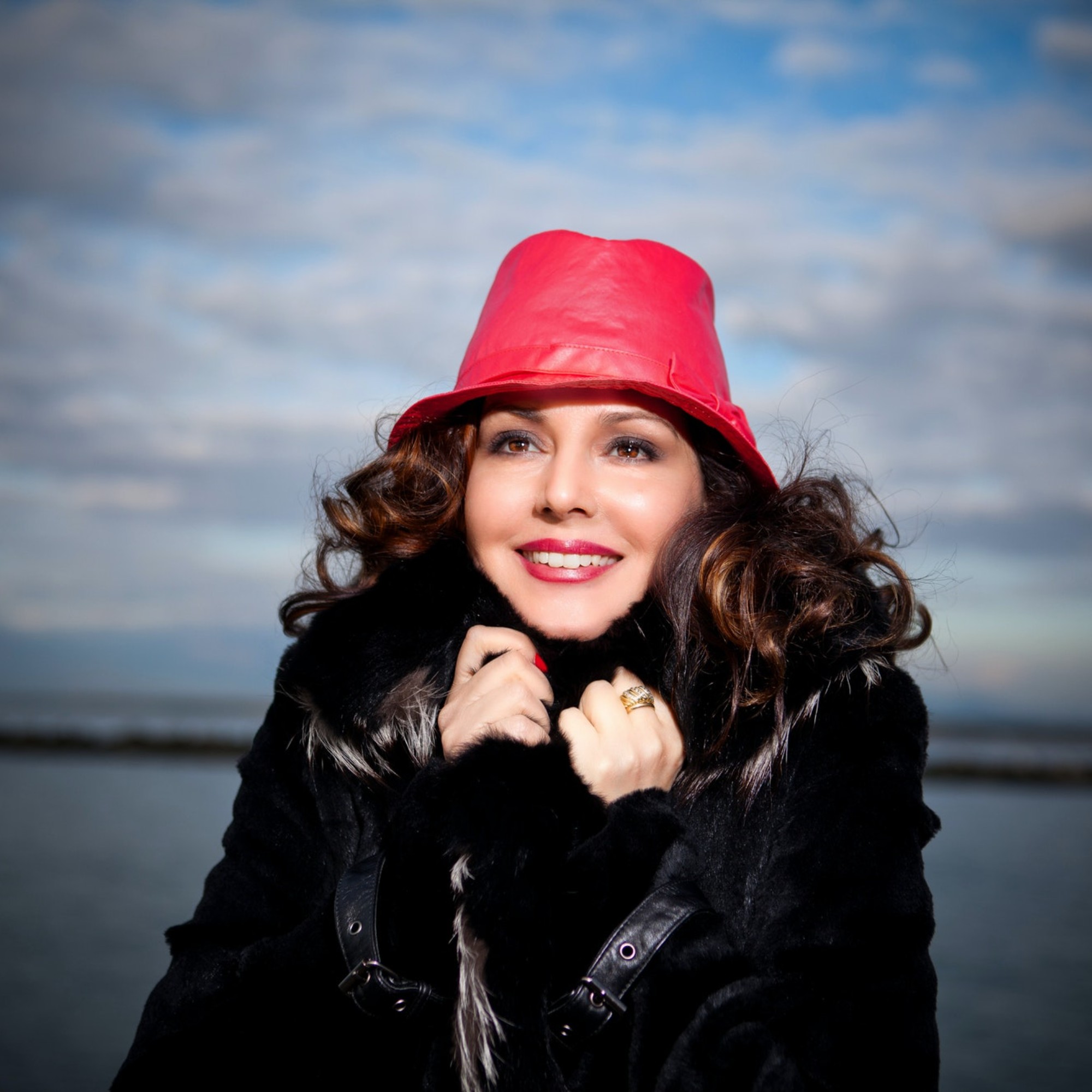 Critically acclaimed for her dazzling performances, is a regular guest at the most prestigious European and American opera houses, concert halls, and music festivals.

Ms. Voulgaridou began her musical studies in Athens and continued them at conservatory in Munich under the tutelage of Daphne Evangelatos, where she also participated in master classes with Astrid Varnay. She made her professional debut at the Prinzregententheater in Munich as Susanna in Le nozze di Figaro under the baton of Sir Colin Davis.

Soon afterwards, she sang Sophie in a new August Everding production of Der Rosenkavalier at the Bavarian State Opera. Other roles followed, include Violetta in La Traviata, the three heroines in Les contes d’Hoffmann, Marzelline in Fidelio, and Pamina in Die Zauberflöte, in Hannover, Munich, Darmstadt, and Cologne. Soon after her great success at the Bregenz Festival as Mimi in La Bohème, she debuted in Geneva as Mimi and also sang the role in Munich.

In Italy she won extraordinary critical and popular acclaim for her Marguerite in Faust in Rome and for her first Anna Bolena at the Teatro Regio in Turin. She was invited to the Ravenna Festival for Faust and for concert performances of Mefistofele under the baton of Riccardo Muti, with whom she has also performed the Verdi Requiem.

She also sang in Hamburg’s new production of Faust, Liu under Lorin Maazel in China and Micaela at La Scala in Milan. Other engagements included her first performances of the title role in Madama Butterfly and as Lucrezia in I Due Foscari in Hamburg, a new production of Carmen in Palermo, La Bohème at the Deutsche Oper Berlin, and in Stuttgart as Luisa Miller.

She returned to the Hamburg State Opera for her first Blanche de la Force in Poulenc’s Dialogues des Carmelites; the production, conducted by Simone Young and directed by Nikolaus Lenhoff, was telecast throughout Europe. Ms. Voulgaridou also appeared in the title role of Anna Bolena at the Teatro Massimo in Palermo.

She appeared in two roles in Valencia: as Liu in Turandot under Zubin Mehta and as Micaëla in a new production of Carmen conducted by Lorin Maazel. She sang Mimi at the Teatro alla Scala under Gustavo Dudamel, and at the Royal Opera, Covent Garden. She subsequently added the title role in Verdi’s Luisa Miller to her repertoire in Valencia opposite Marcelo Alvarez and conducted by Lorin Maazel. She was also heard in Valencia as Marguerite in Faust and as Liu in Turandot.

Other notable engagements have included her debut as Desdemona in Otello in Hamburg, her debut at the Teatro alla Scala in the title role of Massenet’s Manon. She made her Australian debut in Sydney with her first Magda in Puccini’s La rondine under Gianluigi Gelmetti and added Donna Elvira in Don Giovanni to her repertoire in Bordeaux. She also starred in the Hamburg State Opera’s new production of La Bohème. Ms. Voulgaridou has appeared with renowned conductors including Riccardo Muti, Zubin Mehta, Lorin Maazel, Sir Colin Davis and Franz Welser-Möst to name but a few.

Alexia Voulgaridou’s discography includes a DVD of a new production of La Bohème from the Opera House of Bregenz, a portrait for Arte Nova Classics Sony BMG with the Bayerisches Rundfunk under Nicola Luisotti, Mozart’s La Clemenza di Tito for Sony BMG under Pinchas Steinberg and a DVD of Chen Kaige’s production of Turandot under Zubin Mehta, which has been awarded an Editor’s Choice in the Gramophone Magazine. In 2010 a DVD of Poulenc’s Les Dialogues des Carmelites was released, and in 2013 Puccini’s Madama Butterfly was released, both a Hamburg Opera House’s productions. Ms. Voulgaridou earned outstanding reviews for her role of Blanche.

Other roles in her developing repertoire include the title role in Thaïs, Juliette in Romeo et Juliette, and the title role in Suor Angelica. Recent and future engagements include Tosca in Trieste, La battaglia di Legnano in Hamburg, La Bohème at the Teatro Municipal de San Paolo, Madama Butterfly in Brussels, Tokyo, Seoul and London, Faust in London, Pagliacci in Naples, Tosca in San Diego, Bohème in Trieste.