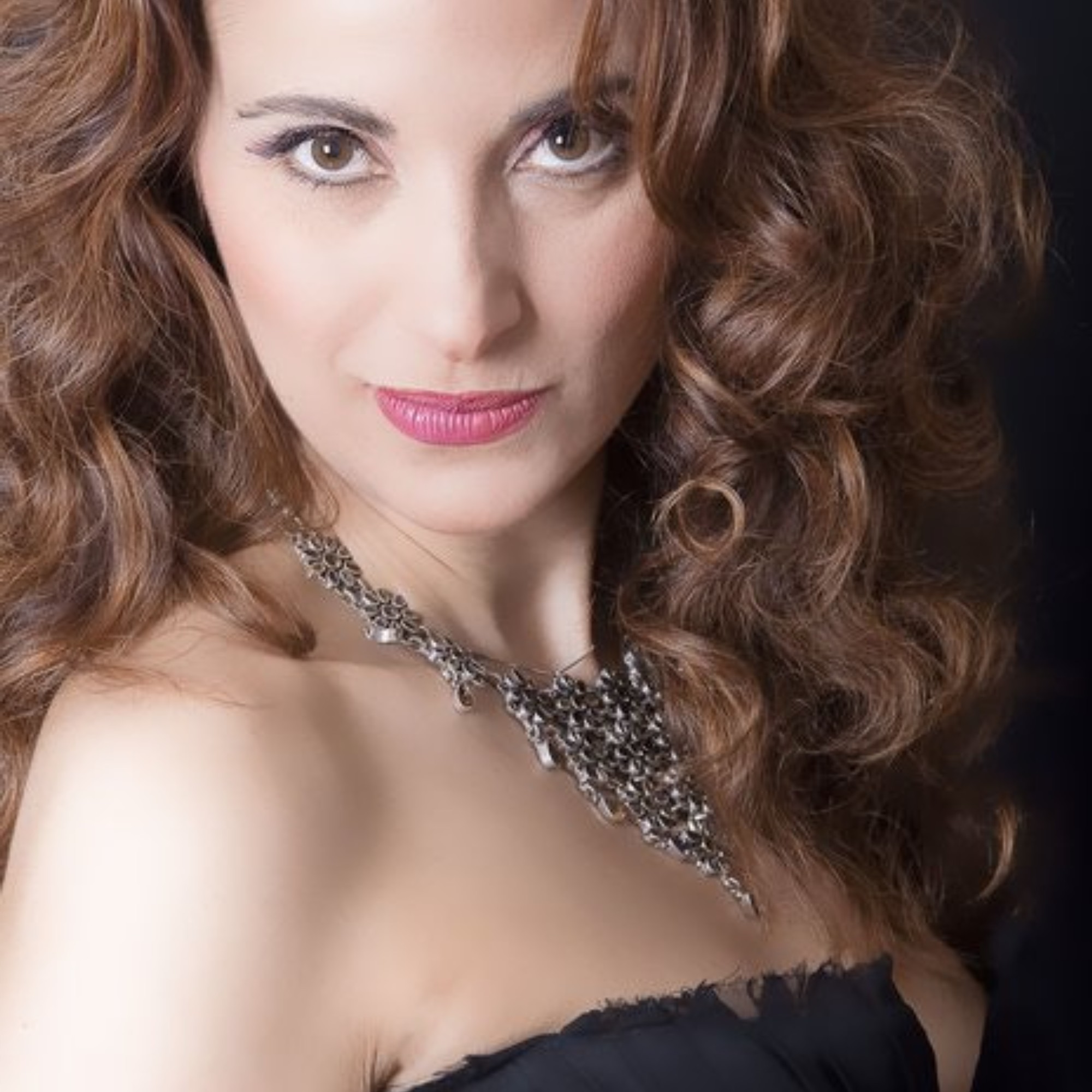 Winner of several International Competitions in singing such as Toti Dal Monte, Mario Del Monaco, Europe Music in Massa Carrara, Vincenzo Bellini and that of Gütersloh, Paola Antonucci who has already made her debut as a soloist at the age of thirteen at the Teatro Marrucino of Chieti with a chamber Aria from Bellini’s “Farfalletta”, makes her debut in Opera in 1990 at the Teatro de la Ciudad of Mexico City in the role of Gilda in Verdi’s Rigoletto.

Hence the performance in the most prestigious Italian and foreign Opera theaters;

first of all the Teatro San Carlo of Naples with the leading role in G. Donizetti’s Don Pasquale, followed by the debuts in other leading roles at the Teatro Regio of Parma, the Teatro Massimo of Palermo, the municipal Theaters of Florence, Bologna, Ferrara, Ravenna and Modena;

the Festival of Pesaro;

the Opera theaters of: Helsinki, Prague, Budapest; the Schauspielehaus of Berlin, the Theatre du Chatelet of Paris; the Teatro Reale of Madrid; the Gayarre of Pamplona; the Opera theater of New Delhi and Mumbai; the Opera of Seoul; the New National Theatre, the Suntory Hall and the Bunkamura of Tokio.

Her vocality and musicality have allowed her to take on a wide opera repertoire ranging from Baroque toShe has worked with conductors of great prominence, such as: G.Kuhn, S.Accardo, A.Guingal, D.Oren, D.Renzetti, D.Bartoletti, L.Jia, T.Hengelbrock, A.Zedda, R.Alessandrini, O.Dantone, S.Ranzani, F.Carminati, C.Rovaris, E.Müller, P.Maag, Y.Kovacef
and directors such as:
R.DeSimone, G.Landi, L.Puggelli, G.Cobelli, E.Scola, C.Gavras, D.Krief, L.Mariani, B.Montresor, P.L.Pizzi, just to name a few.
Her outstanding acting abilities and her fluency in the movements come from her award-winning youth activity as an athlete in artistic gymnastics and took her to get closer also to the operetta repertoire in which these qualities are indispensable.
She made her debut then in 1999 in the Operetta Bluebeard by J.Offenbach at the Teatro Verdi of Trieste, an important center for the Operetta.
It is just the beginning because other roles will follow: the Gypsy in Countess Maritza (E.Kalman);
Bella Giretti in Paganini (F.Lehar);
Valencienne in The Merry Widow (F.Lehar), production that was repeated with success in other major theaters;
Adele in The Bat or Die Fledermaus (J.Strauss), a role that was also sung in the original language at the Festival of Kufstein and recorded on CD for the Arte Nova.

In addition to her busy opera and operetta activities, Paola Antonucci engaged in the concert and Lieder repertoire performing songs of:
Vivaldi, Mozart, Schubert, Debussy, Berlioz and Strauss.