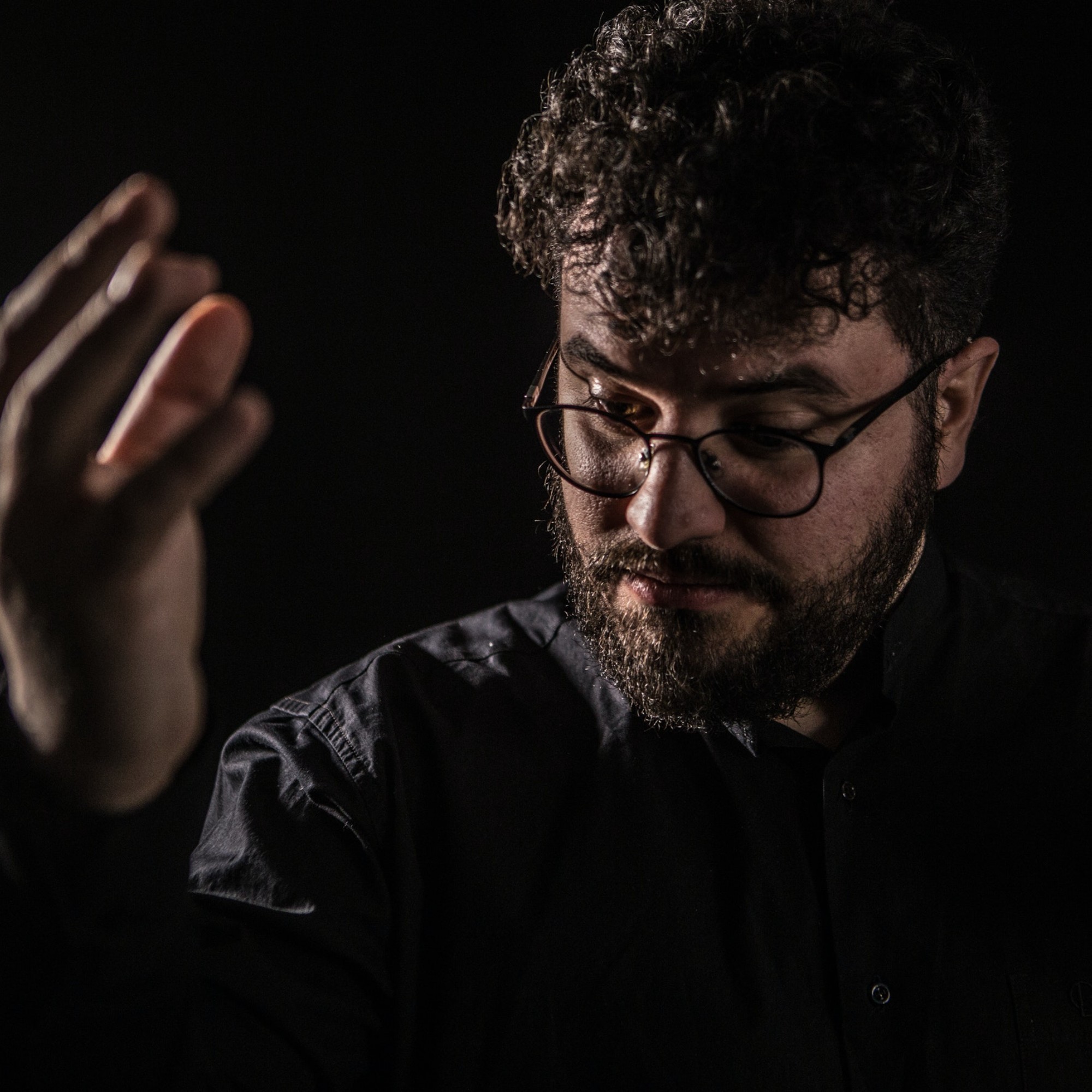 Pavlos Kordis is a conductor, musicologist, and pianist from Athens, Greece. He is the Director of METS Arts Center in Athens; a newly founded art space, dedicated in fne arts and literature, producing exhibitions and workshops and hosting the work of over 80 artists (www.metsartscentre.gallery). Since 2018, Pavlos directs the University of Athens Opera Workshop and he is also currently pursuing a PhD in Historical Musicology at the University of Athens, focusing on the work of the late Sir John Tavener (1944-2013). As a composer, Pavlos works exclusively with RGB Studios in Athens, and his music can be heard in TV documentary and flm productions (National Television and more). He has collaborated as a conductor with ensembles in the US, Czech Republic, UK and Greece. In 2017, he conducted the US Premiere of the opera Markos Botsaris (1860), by the Greek composer Pavlos Karrer, performing numerous recitals in New York dedicated to the Greek operatic repertoire, inspired by his professor, Nikos Maliaras. He has also performed extensively as a collaborative pianist in NYC, working closely with Nektarios S. Antoniou. Pavlos studied conducting with Donald Schleicher, Kirk Trevor, Kurt Masur, David Hill, John Dickson, Markand Thakar, Tomas Netopil, in Czech Republic, Greece and the US. Ηe completed his graduate studies at Bard College Conservatory in NY, where he obtained a Master of Music in Conducting, studying under James Bagwell and Rufus Müller (voice). He earned a Diploma in Choral Conducting (2016), Piano (2015), and Kodaly Pedagogy Method (2014) from the Kodaly Conservatory in Athens.