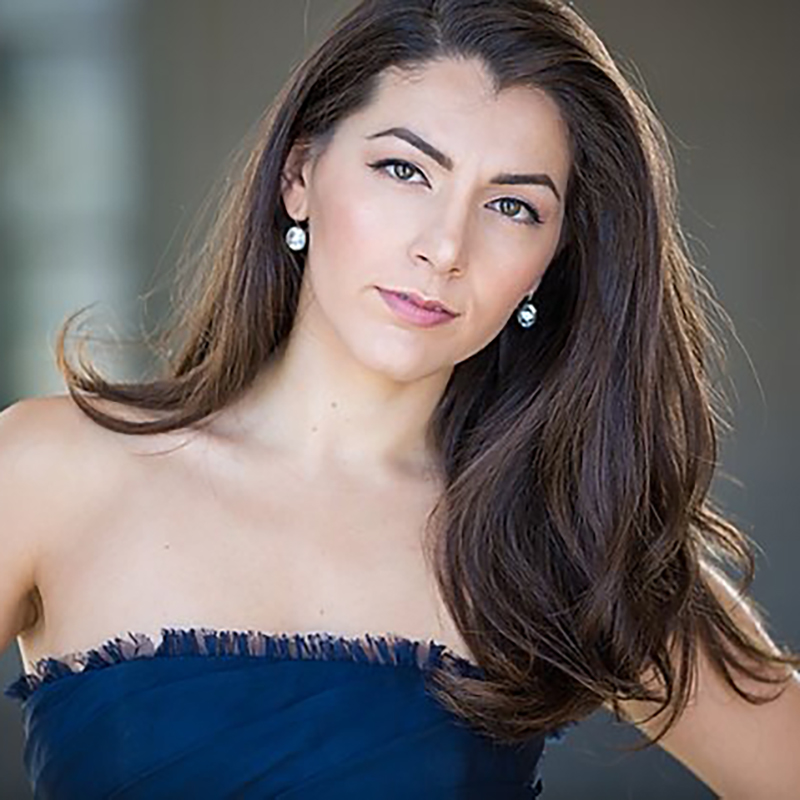 Armenian-American soprano, Anush Avetisyan is a graduate from the prestigious music programs, Yale School of Music, Academy of Vocal Arts, and UCLA.

A former young artist at Opera Theatre of Saint Louis, she received a Richard Gaddes Career Award, as well, she was a Turn the Spotlight Fellow, and was the First Prize Winner of the Inaugural Deborah Voigt International Vocal Competition.

Most recently had Ms. Avetisyan making her recital debut at Carnegie Hall, and upcoming will showcase her making professional debuts as Lauretta in Gianni Schicchi, Bianca in A Florentine Tragedy, and Gretel in Hänsel and Gretel.