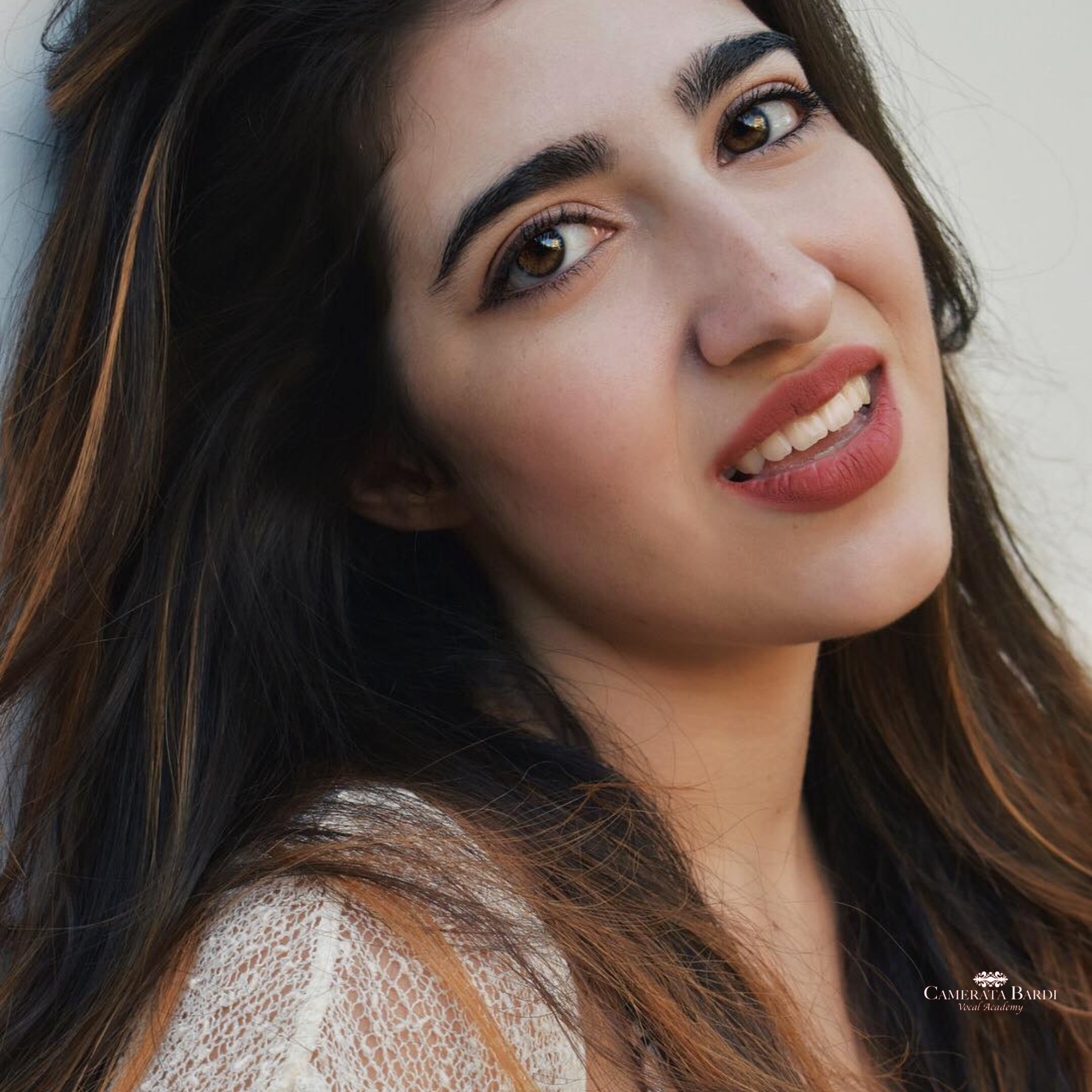 Greek 22-year-old soprano, Avra Haraka, is considered a budding young talent whose charming presentation and leggera voice leave a lasting impression. For the season of 2021, she has been granted a place within the Young Artists studio of Camerata Bardi Vocal Academy in New York, preparing the role of Ilia (cover) and Cretan Woman in IDOMENEO (2021). The production will be performed in Heraklion of Crete under the baton of the distinguished Meastro Myron Michailidis. Avra has brought to life the character of Zerlina in DON GIOVANNI (2020) and the lead role Serpina in Pergolesi’s LA SERVA PADRONA (2019) in Opera Scenes as a student at the Royal Northern College of Music (Manchester, United Kingdom). She recently graduated from the renowned conservatoire, attaining her Bachelor of Music with Honours, having followed the programme of Vocal Studies & Opera (2016—2020). During her studies, she sung as a soloist in numerous classical recitals, concerts, masterclasses, and also performed in the chorus of RNCM’s opera production of Massenet’s CENDRILLON. Avra trained her voice with mezzo-soprano Antonia Sotgiu as a student there, and now she continues her training with soprano Gina Poulou. Since acquiring her Bachelor's degree, she has engaged in training courses and online concerts for young opera singers, such as the New York Project, organized by Teatro Grattacielo in collaboration with the Hellenic Foundation for Culture.

In earlier years, she was a member of the ERT (Greek National TV & Radio) Children's Choir and she also gained experience performing in the Musical GODSPELL at the Edinburgh Fringe Festival of 2010. In the same year, Avra was selected to record the solo for the Title Song of a TV series PATTY (channel MEGA) which became a success; the Title Song appeared on an album that sold over 60,000 copies around Greece. At Campion International School of Athens, she was given the opportunity to develop her stagecraft skills by portraying diverse characters in numerous Musical Theatre productions, including lead roles such as Golde in THE FIDDLER ON THE ROOF and Reno Sweeney in ANYTHING GOES. More recently, whilst pursuing her operatic and classical vocal studies in the United Kingdom, Avra attended weekly classes for on-screen acting at ActUpNorth where she was taught in-depth methods by professional actors and casting directors of the TV/film industry, and was selected to co-star in a Music Video filmed for the upcoming band, Brodie. Over the past two years, she also leads her own project "Rhythms of the Mediterranean", a concert program that merges Classical/Latin/Pop musicians in a crossover performance of Greek & Spanish music, classical, folk, tango, boléro, and popularised renditions of timeless songs; The show was met by an enthusiastic and responsive audience that continues to flourish. Avra’s youtube channel has a total of 97,000 views across all videos, comprising of a wide variety of her singing performances.