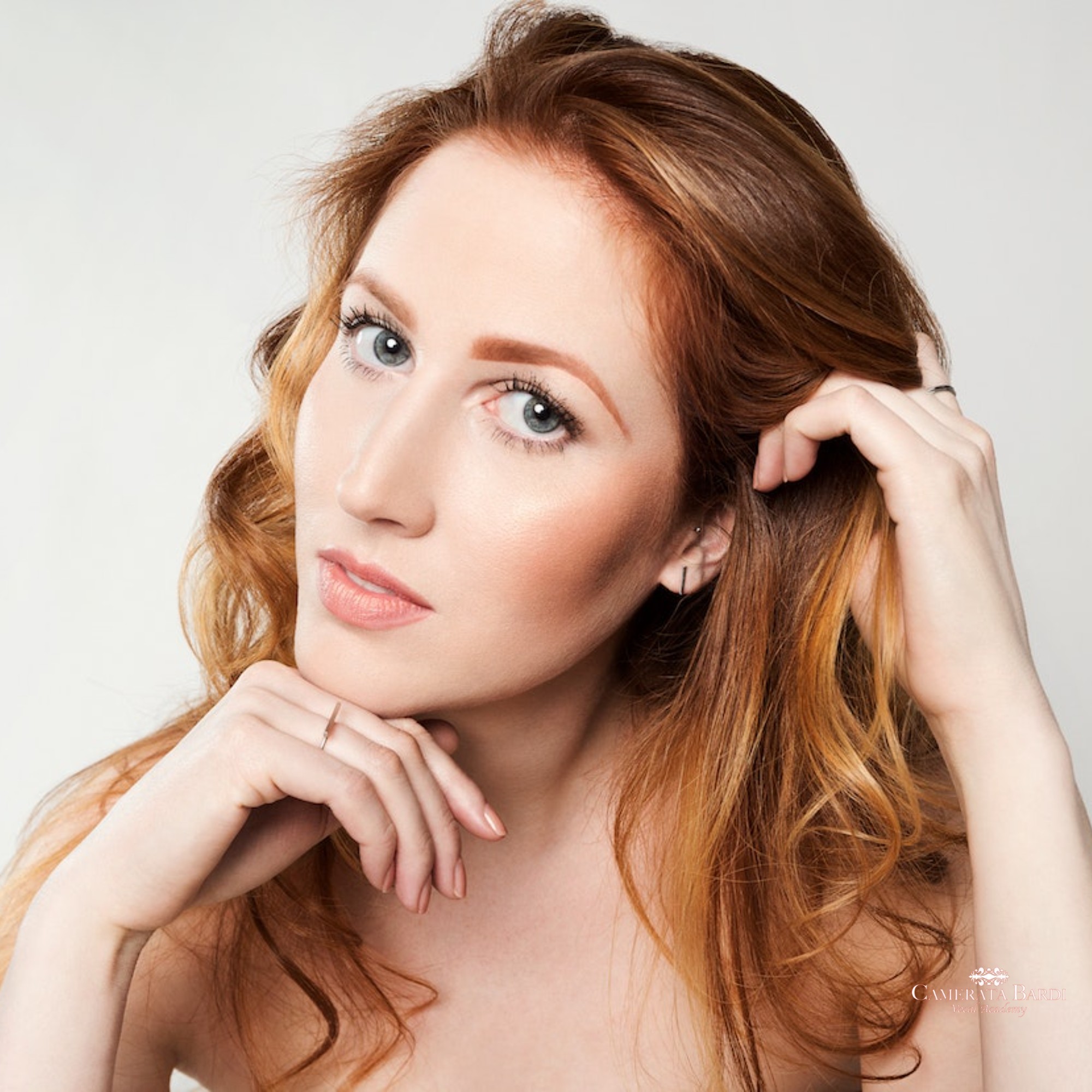 Clara Lisle is a California-born soprano based in Brooklyn. Described as a “lovely soprano voice with a great deal of power as well as lyricism” (Opera News), she was last seen as Governess in THE TURN OF THE SCREW with Mannes Opera. After a pandemic-enforced hiatus, she returns to the opera stage this fall as Suzel in L’AMICO FRITZ with Teatro Grattacielo in New York City.

Recent operatic credits include Tatiana in EUGENE ONEGIN (Mannes Opera), Nunzia in Francesca Caccini’s LA LIBERAZIONE DI RUGGIERO (dell’Arte Opera), Musetta in LA BOHÈME (Pittsburgh Festival Opera), Madeline Usher in Philip Glass’ THE FALL OF THE HOUSE OF USHER (Mannes Opera), Eurydice in ORPHEUS IN THE UNDERWORLD (Trinity Laban Conservatoire of Music and Dance), and Marguerite in FAUST (Ayelsbury Opera, London). Besides the traditional repertoire, Clara is also an enthusiastic performer of new music. In September 2017 she sang the title role in the world premiere of John Musto’s opera for families RHODA AND THE FOSSIL HUNT (Onsite Opera), performed on location in the Hall of Saurischian Dinosaurs at the American Museum of Natural History.

In concert repertoire, Clara has performed the role of Lia in Debussy’s cantata L’ENFANT PRODIGUE (Camerata Orchestra), Samuel Barber’s KNOXVILLE: SUMMER OF 1915 (Eureka Symphony), has appeared as a soloist in concert with the Knoxville Symphony Orchestra, and was a resident artist with the Philharmonia Chorus under the baton of Esa-Pekka Salonen during her time in London. She has had the honor of performing at such venues as Royal Festival Hall, Cadogan Hall, the Barbican, Symphony Space, La Mama Experimental Theatre Club, Carnegie Hall, and Lincoln Center.

Clara holds a Bachelor’s degree in Vocal Performance with First Class Honors from London’s Trinity Laban Conservatoire of Music and Dance, and both a Master’s degree and Professional Studies Diploma from Mannes the New School for Music. When she isn’t singing, she can likely be found on the back of a horse somewhere upstate or walking her rescue dog Ruby around Brooklyn.