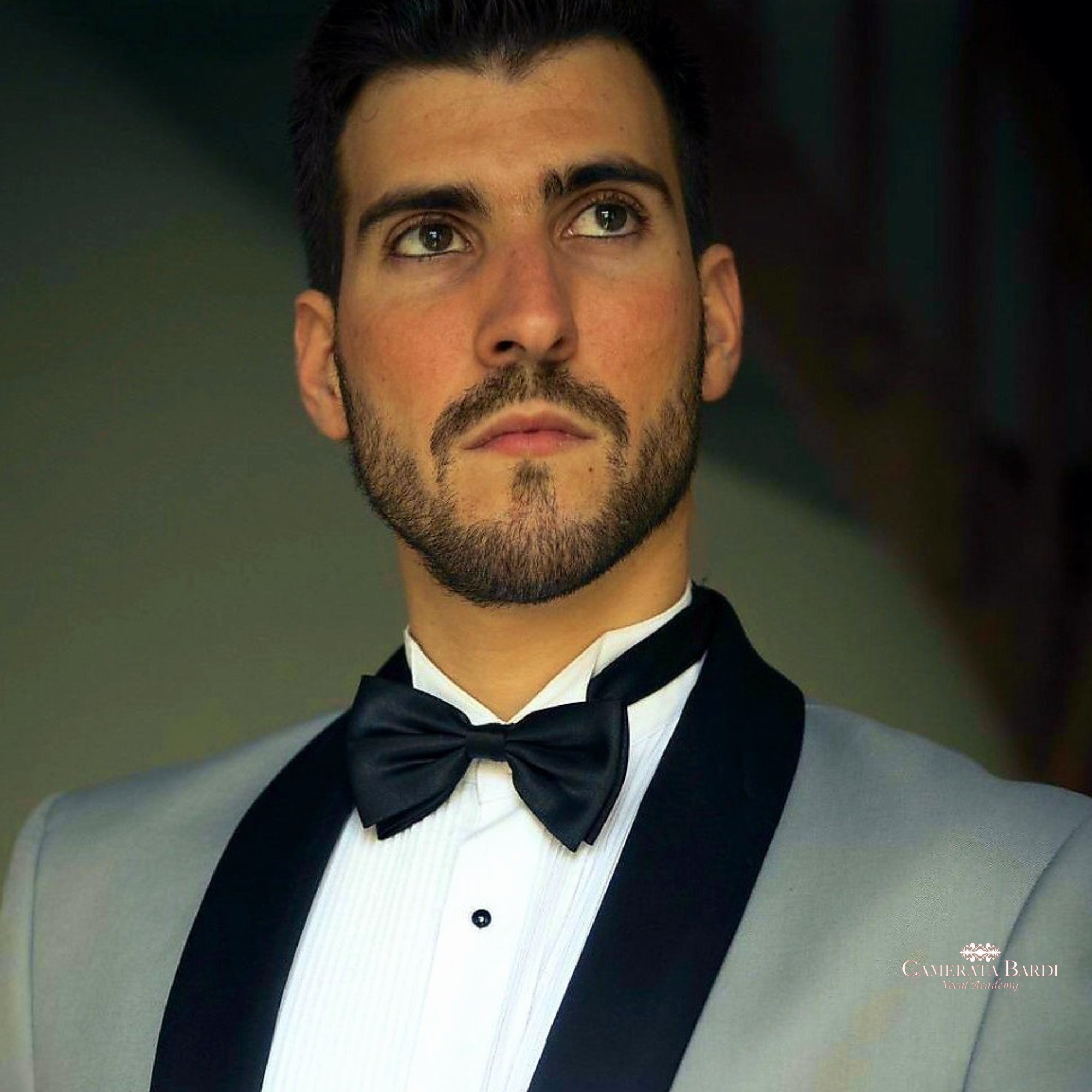 Manos Christofakakis was born in Heraklion, Crete in 1989. He graduated from Acropolis Conservatory in Athens in 2011, with Distinction and 1st Prize under the guidance of the tenor Zachos Terzakis. He has attended masterclasses with the Hungarian soprano Mária Temesi, the Russian baritone Vladimir Chernov, the Greek bass Dimitri Kavrakos, the Ukrainian soprano Victoria Loukianetz, the Mexican bass-baritone Noe Colin, the Mexican tenor Jesus Leon and the Greek soprano Katerina Tsagaraki. In August 2020 he paticipated at Vienna Opera Academy with scholarship.

He sings bass and bass-baritone repertory. Among his recent performances are the title role at Mozart's Don Giovanni at Vienna Opera Festival (2020), the title role at Xanthoulis' children opera The Selfish Giant at the Cultural Conference Center of Heraklion (2020), Uberto at Pergolesi's La Serva Padrona (2019) by the Lyric Theater of Crete at Heraklion open-air festival, El Payador at Piazzolla's tango-operetta Maria de Buenos Aires (2018) by Marionetas.

He is collaborating with the French pianist Mélisande Sinsoulier in art song and opera recital programs and they have performed in various occasions, such as the international chamber music festival Casa dei Mezzo at Makrygialos in Crete.

He is the president and artistic director of the non-profit organization Lyric Theater of Crete, which is going to produce two brand-new operas in 2021-2022. He is also board member of the historic music organization Apollon est. in 1908 in Heraklion.

He has a broad interest for performing arts and has been performing as a dancer in Argentinean tango performances since 2011. Moreover, he has taken acting classes and has participated in theatrical plays.

He is a lawyer and mediator. He graduated from Athens Law School of the National & Kapodistrian University. He continued with postgraduate studies in Athens Law School, at Frankfurt’s Institute for Law and Finance and at Columbia University in New York with scholarship.