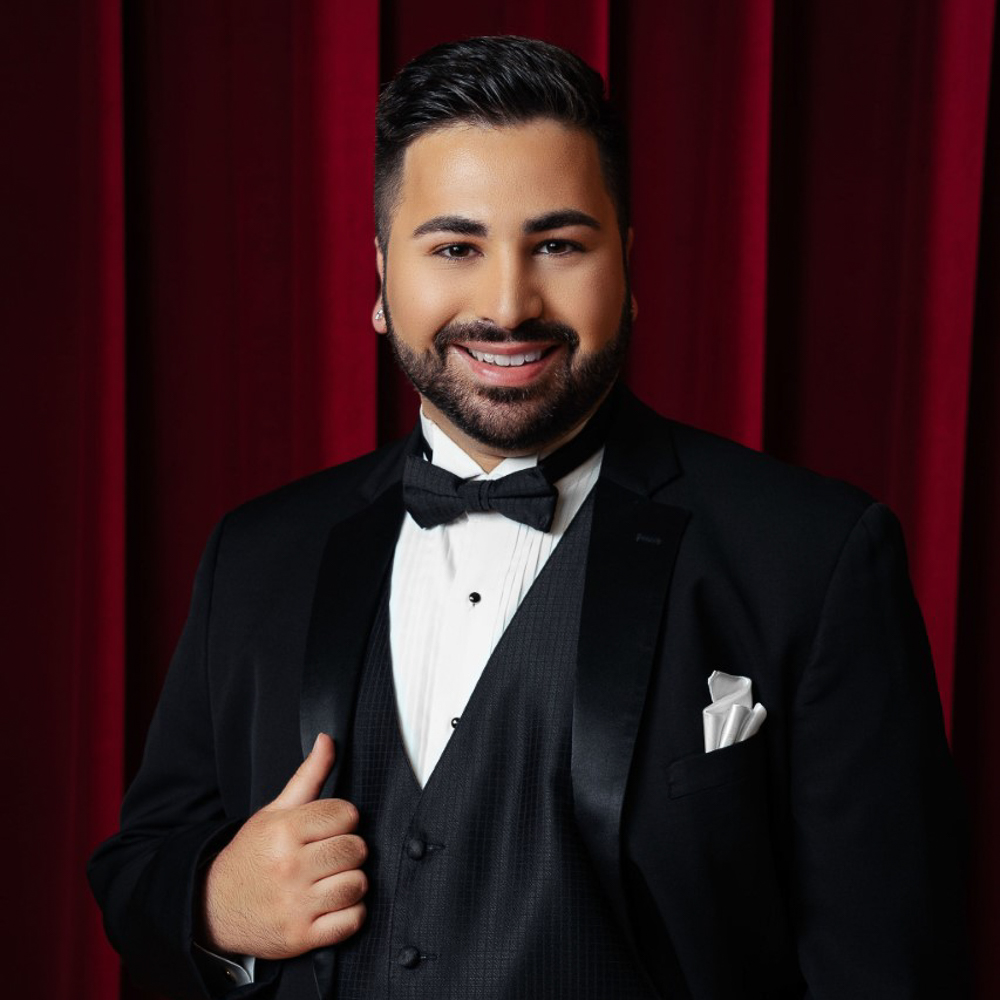 Matthew Cerillo (he/him/they/them) is an Italian-American tenor from Freehold, New Jersey. Making a Lincoln Center solo debut at age 24, Matthew is one of opera’s most sought-after young tenors. Matthew was most recently one of four Resident Artists at Portland Opera where he performed the role of El Remendado in Denyce Grave’s production of Carmen. He was recently a finalist in the Giulio Gari Foundation International Vocal Competition. Matthew is a proud winner of an Encouragement Award from the 2022 Metropolitan Opera Laffont Competition. He has also placed 3rd in both the NAO Carolyn Bailey Competition as well as the MTNA National Competition. Matthew has participated in Ukrainian Artists Music in Kiev (with the National Presidential Orchestra of Ukraine), Music in the Alps in Austria, West Chester Summer Vocal Institute in Bronxville, and the Oyster Bay Music Festival in Oyster Bay. In 2021, Matthew performed as a lead character in a workshop for a new opera, The Listeners, by Missy Mazzoli; working in close collaboration with the composer. He has performed the role of Tamino for Hofstra University's 2020 production of Die Zauberflöte, Don Basilio (Le Nozze di Figaro), Demetrius (The Fairy Queen), as well as Dianna Trapes, Filch, and Ben Budge (The Beggar's Opera) with full orchestra. Matthew attended The Mannes School of Music in the studio of Arthur Levy where he received a Masters in Music. Matthew also received a Bachelors in Voice Performance from Hofstra University.