The Brancacci Chapel: A masterpiece by Masolino, Masaccio and Filippino Lippi 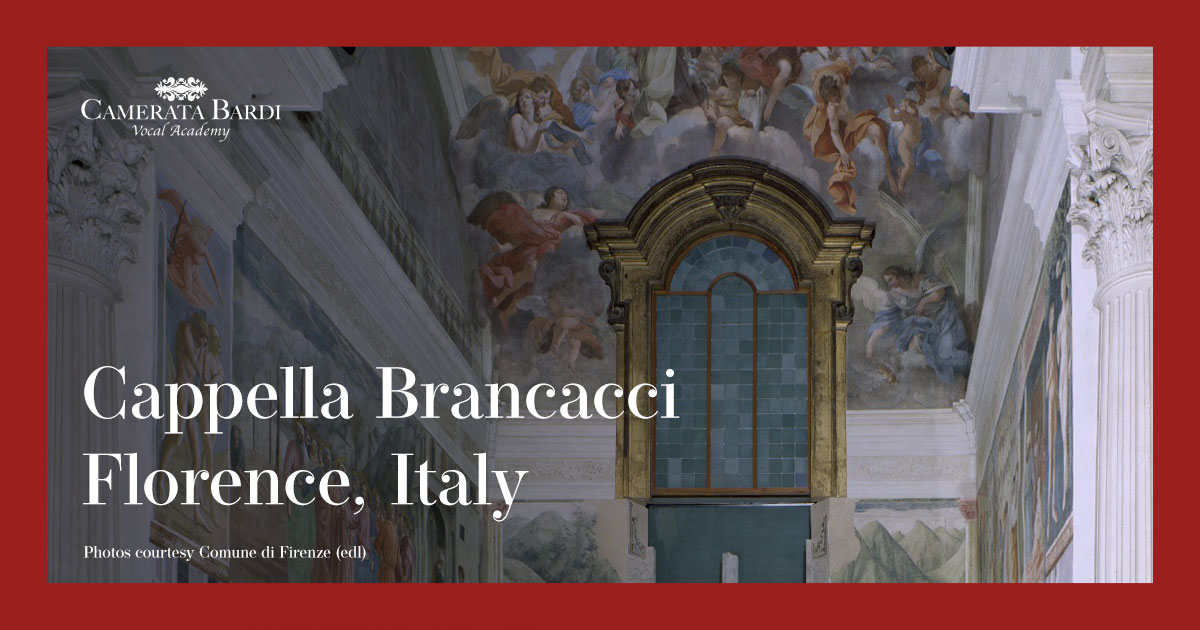 The Brancacci Chapel is an authentic masterpiece of Florentine Renaissance. Home to the precious frescoes by Masolino, Masaccio da Panicale and Filippino Lippi, it’s located inside the Church of Santa Maria del Carmine, owned by the Fondo Edifici di Culto of the Ministry of Interior and is in concession to the City of Florence, and thus is a part of the civic museums of Florence.

Founded by the Brancacci family in the late 14th century, it’s in 1423 that Felice Brancacci, a rich merchant and a key exponent of the Florentine political life of his time, commissioned the frescoes depicting the life events of Saint Peter, protector of the family.

Masolino and Masaccio began the work together (1424-1428) but the frescoes remained unfinished. In 1428 Masaccio definitively took Masolino’s place, but died shortly after, at the age of twenty-seven. In 1436, Brancacci fell in disgrace and was exiled after declaring himself an enemy of the Medici family, which exerted its great influence in every city scope.

All of Brancacci family portraits were cancelled, as well as those of other citizens of the time, most likely because they were related or connected to them by economic-political ties.

The frescoes are extraordinarily brilliant and bright, and clearly denote the differences in the work by Masolino and Masaccio, by comparing, for example, the serenity and the composure of Masolino in the Temptation of Adam and Eve with the heart-breaking agony of Masaccio in his Expulsion from Earthly Paradise.

The two artists worked on these contemporarily, albeit realized the different adjoining scenes separately, and having no clear distinction between their works the result is very harmonious. It was only from 1481 to 1483, thus after about fifty years, that Filippino Lippi completed the missing parts.

In 1771 a fire devastated the interior of the basilica, however, luckily, the frescoes were saved despite some damages to the plaster and the colours. In 1780 the chapel, which belonged to the descendants of the Brancacci, the Marquises de Brancas, who lived in France, was sold to another important Florentine family, the Riccardi, who brought their contribution by carrying out some necessary restorations.

Their family crest is well visible on the sides of the current altar. The new owners modified the altar and the flooring, but the frescoes were disregarded throughout the entire 19th century, until 1904, when they were subjected to a dusting.

The most important restoration intervention on the frescoes remains the one carried out during the eighties of the 20th century, thanks to the funding by Olivetti, when the valuable decorations came back to life.

In these weeks of forced closure to the public due to the Covid-19 pandemic, the monitoring works of the Brancacci Chapel have begun, and thus the technical services and the fine arts of the City, in agreement with the Superintendent for Archaeology, Fine Arts and Landscaping and the CNR-ISPC of Florence, have designed an audit and control plan on the conservation state of the space.

The frescoes are found in a good conservation state, however, as underlined by the Councillor for Culture Tommaso Sacchi “let’s take advantage of this time of forced closure of museums to continue their maintenance and reopen these spaces with even more beauty.”

The monitoring, which will take place for two weeks, fits into the vast maintenance plan scheduled by the City of Florence, which guarantees the close periodic control of all of the monument heritage and will allow to evaluate the condition of the frescoes in time.